Similar to other animals, horses are also prone to diseases and infections. But, most of these can be preventable with proper vaccinations. So, it is essential to follow proper vaccination schedule to prevent those most common horse disease symptoms. 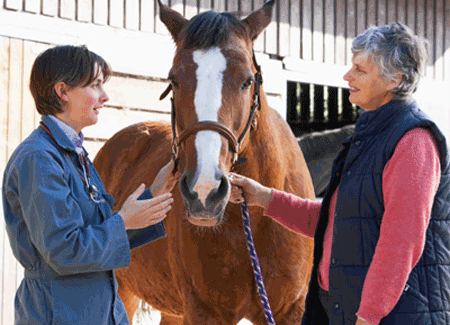 Here are the most common diseases and their symptoms:

Tetanus: It is a kind of bacteria enters into the body at the sight of wound. Symptoms include:

Rabies: It is highly deadly disease of the central nervous system. It causes:

Equine influenza: It is an upper respiratory disease, which is similar to flu in humans. The symptoms include:

COPD: It is a lung disease, which is similar to asthma in humans. The horse disease symptoms include:

Strangles: It is one of those highly contagious horse diseases that spread quickly through out a herd. Symptoms can vary from mild to severe. They include:

Cushing’s disease: It affects endocrine system. There is no cure for this disease. Taking regular medications help to control the symptoms. Symptoms include:

Botulism: It is one of the most common diseases with all warm blooded animals. Symptoms include:

How to Cut Guinea Pig Nails: The Definitive Guide

Why do dogs eat grass and vomit?

Bird Cage Cleaning Tips: What You Need To Know

5 Pet Gadgets You Must Have