Cats are a great pet to own and are also some of the most commonly owned pets across the world. One reason why some people prefer owning cats rather than dogs is because they are good at self-maintenance.  But even when they take care of themselves easily and no matter how much you try to prevent diseases and problems, there are still some common health issues which cats face. The following is a list of the 3 most common health issues in cats. Let’s take a look: 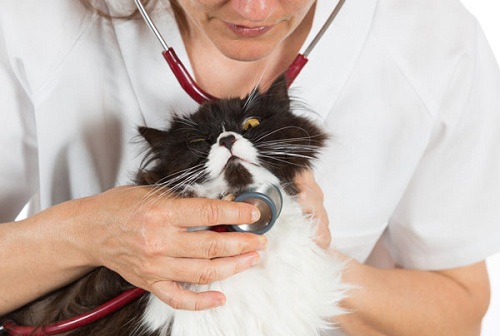 Vomiting is a very common health issue which a cat faces and faces often. There can be multitude of causes for vomiting in cats and these can be due to eating of poisonous food items, eating of something inedible, due to an infection, due to a urinary tract disease or due to diabetes etc.

Some of the common symptoms of vomiting include drooling, abdominal heaving etc. Vomiting generally leaves your cat dehydrated. If your cat continues to vomit or stay ill, it is advisable to call the vet and seek help. The doctor may thus collect the cat’s vomit sample and analyze it for an inference.

Feline lower urinary tract disease is the 3nd most common type of a health issue in cats. FLUTD is basically a group of urinary tract diseases which can be caused due to multiple reasons. Both male and female cats can get FLUTD and it mostly occurs in cats that are unfit or overweight.

It may also occur in those cats who eat dry food. Some things which raise the risk of FLUTD in cats are stress, a multi household cat and sudden changes. Some common symptoms of FLUTD are depression, vomiting, bloody urine, straining to urinate, crying when urinating, dehydration, lack of appetite.

Fleas are another very common in cats and are an external feline health problem. This is one of those diseases which can be treated early on.

Some of the common symptoms of fleas are constant scratching, hair loss, red or irritated skin, flea dirt on its skin, hair loss, skin infections or hot spots. If your cat has been suffering from this problem, then you must talk to the vet about which flea control method would work best for your cat. Treatments are in the form of topical medication, foams, powders or oral medication.

6 Unusual Hairless Animals In The World

A Complete Guide to Keeping a Pet Budgerigar